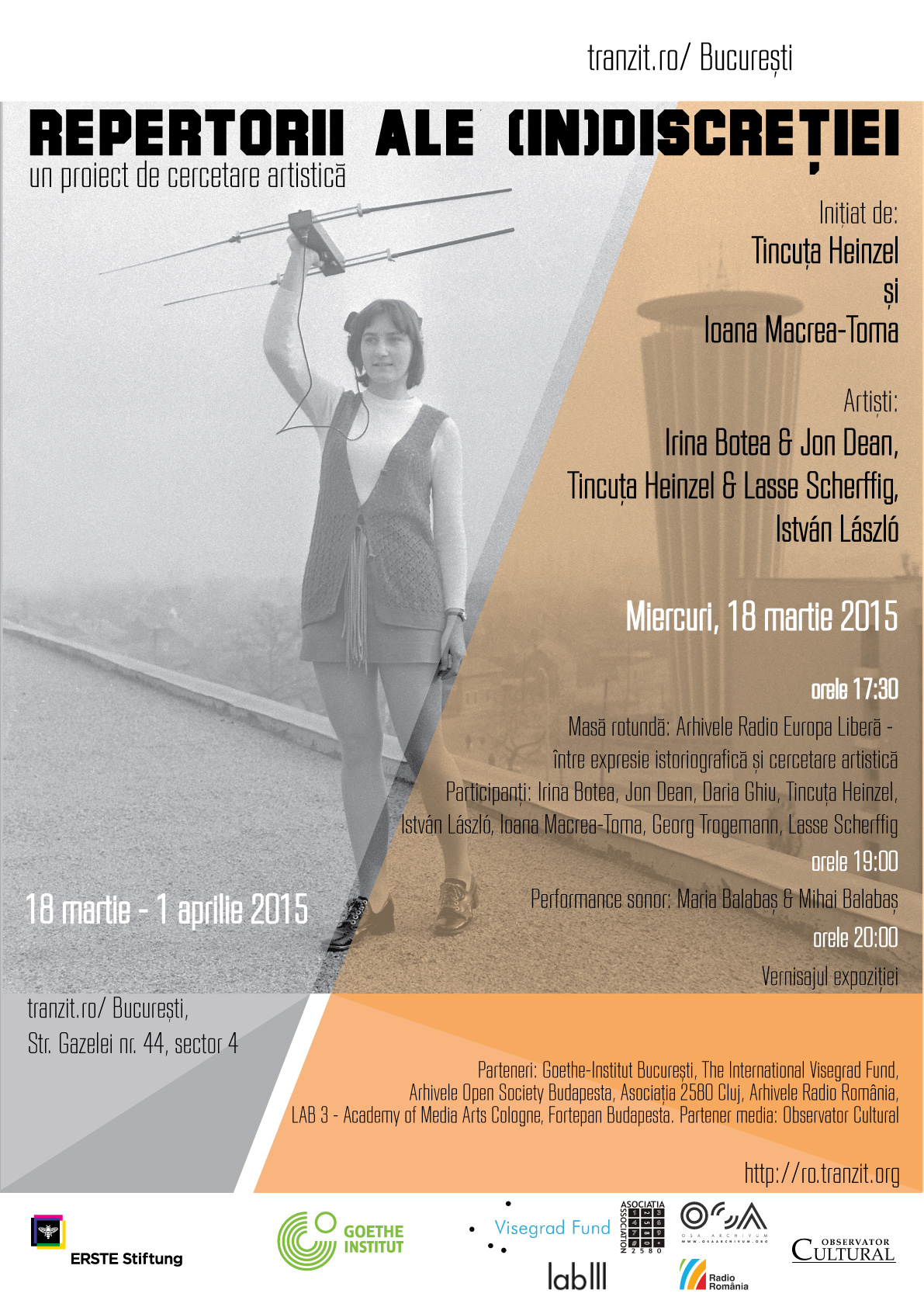 “Repertories of (in)discreetness” has its starting point in the archive of Radio Free Europe from the Open Society Archivum in Budapest. It questions the act and mechanisms of archiving “the Other”, with a focus on the European “East”. The project discusses the ways in which information is collected and transferred, the ways in which the East has gained an epistemic body through refraction. Thus we would like to point out the relation between nature and the production of knowledge.

“Repertories of (in)discreetness” combines performances and installations made with old and new media, pointing out a distinct dimension of 2013 theme of the Venice Biennale – “the Encyclopedic Palace”. It uses sound and situations as forms deconstruction and invisible architecture. Composed of novel artistic proposals belonging to artists working both within and outside the borders of Romania, the project reverberates beyond its national or European frame. The events planned inside the pavilion will transfigure at their turn the artistic themes through comparative debates on archival poetics and the archives’ place within arts.
The project was placed second in the national competition for the Romanian Pavilion for Venice Biennale in 2013.