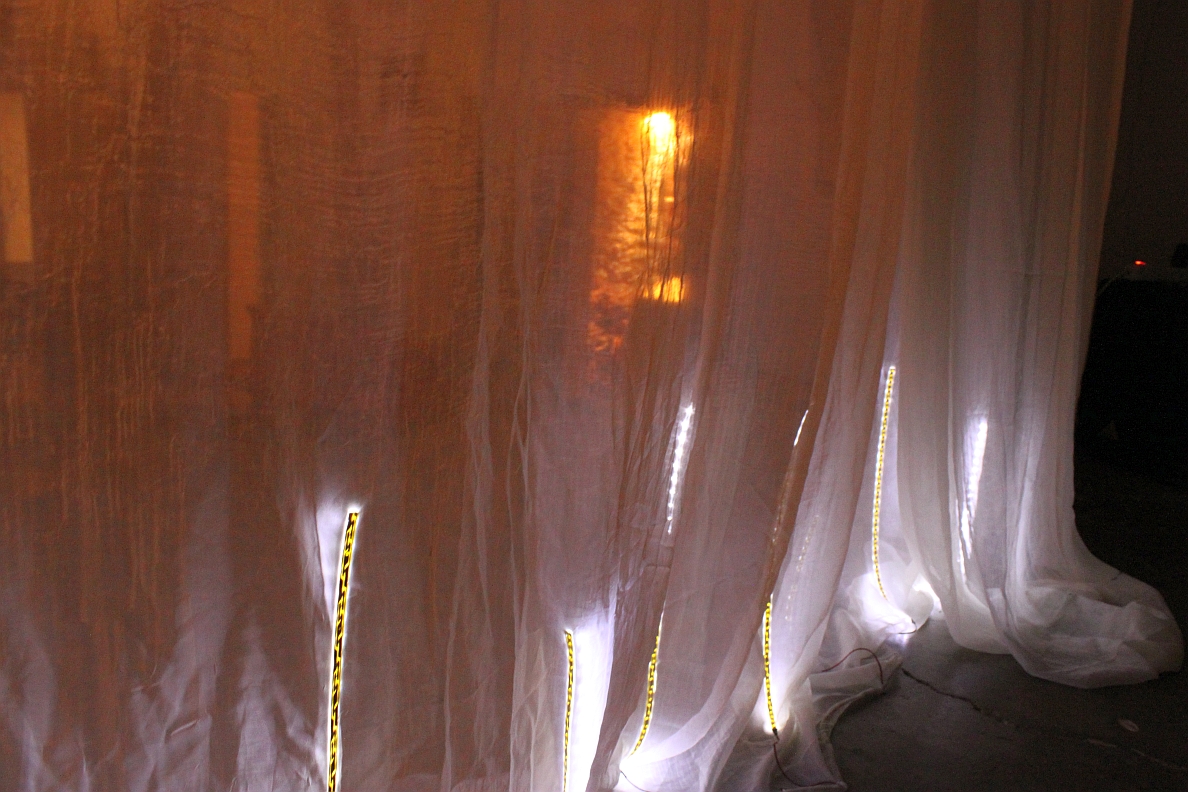 Following a project I started at UdK Berlin, I continued working with LEDs and textiles during my residency at 33 Officina Creativa, Toffia (Italy) in October 2014. Light Curtain was specifically conceived for their theater space. The lights are controlled by a potentiometer and the curtain will be used during performances.

33 Officina Creativa (33OC) is a young nonprofit cultural association based in Toffia, Italy with the aims of diffusing contemporary art and preserving local cultural heritage.

33OC is a cultural collective which hosts an international Artist Residency program and produces theatre and music performances, film programs, workshops, classes and other cultural events. The collective aims to operate as a regenerative social and cultural meeting place while becoming a discussion platform for artistic production…. and not only. There were interesting political discussions too. Viva Gramsci, Viva Lafargue! 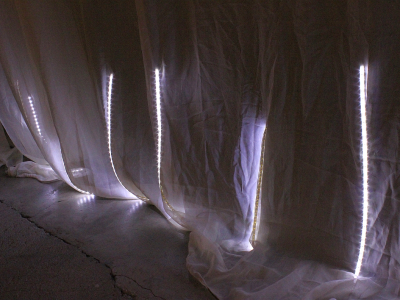 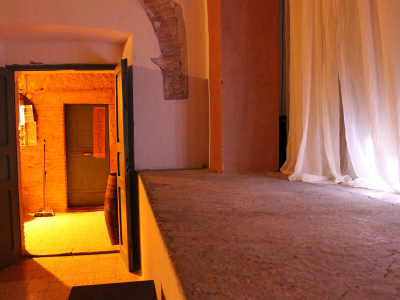 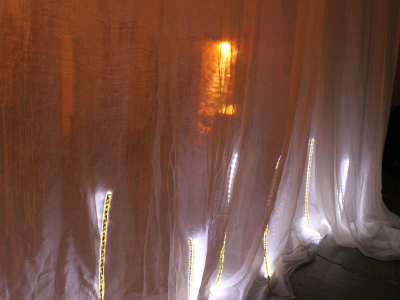 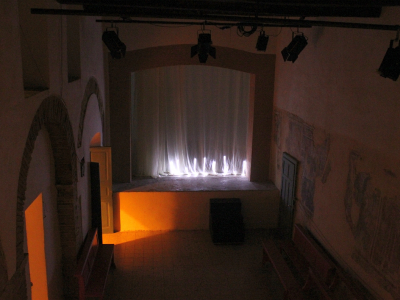