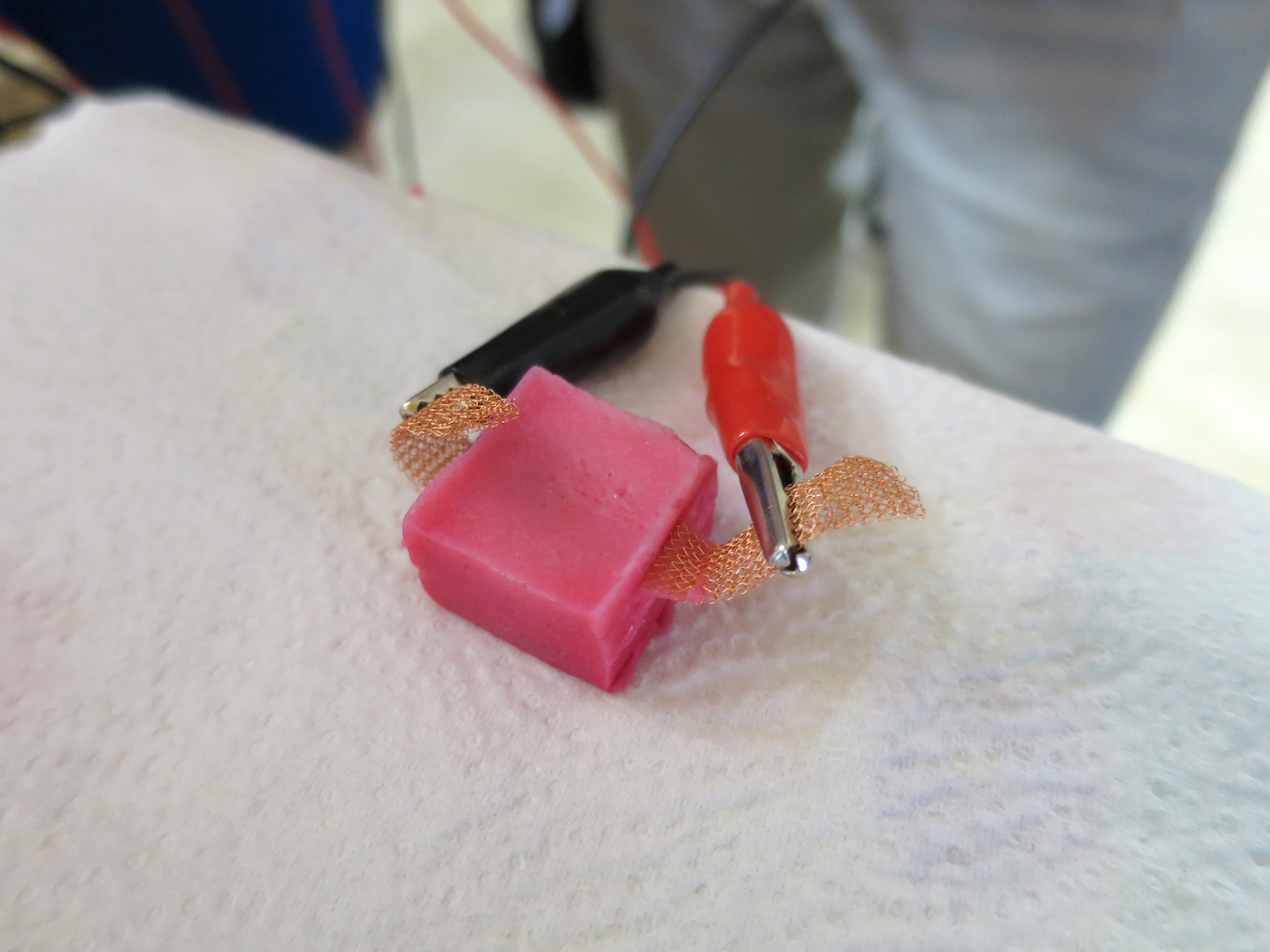 In July 26- August 2, 2014 I took part, like in 2013, to the E-Textiles Summer Camp organised by Hannah Perner-Wilson and Mika Satomi at Paillard Cultural Centre.

One of the workshops I took part in was the 3 D printing where Lucie Viry introduce us to the use of silicon for sensors development. I also tried my hand on for a capacitive D.I.Y. sensor. Here is the result.