Within the realm of electronic and smart textiles there have been promising technological investigations that never quite managed to reach their potential. Despite these disappointments, industry, academia and art continue to explore the possibilities of electronic and smart textiles. Rather than presenting “the next big thing”, Attempts, Failures, Trials, and Errors seeks to understand the various stages of projects’ developments by exploring forgotten attempts and perspectives, less successful paths, and less mediatized wearable technologies and e-textiles projects.

As an interdisciplinary field, electronic textiles and wearables are the ground for a series of interdisciplinary clashes between textiles and electronics, between software and hardware, between open source and commercial platforms. These clashes are producing inspiring work, but some encounters are also the source of frustration and irritation. Such issues, which we can call benchmarks, are rarely afforded a place in the spotlight.

However, taking a look at the process itself says a lot about artists, designers, technologists’ approaches. Test-benches are a form of thinking through and with the materials, a form of playing around, of advancing by small steps. By questioning the idea of failure and success, the project puts an emphasis on art’s capacity to be critical, while at the same time to poetically and selfironically address contemporary challenges and concerns. The focus is on the distance between ideals and constraints, between concepts and realization. This exhibition is the start of an ongoing investigation and is as such a test in itself. It presents a collection of responses to our open call for technical trials and errors, failed prototypes, and rejected art and design works. We have collected also the artists own statements about their projects and the clashes they have experienced in the development of their projects. The texts give a further understanding of the typical categories of difficulties or failures that e-textile projects often meet. The translation of meaning from one platform to another, accessing the required knowledge in both textile and technology, the cost of project development and the durability of flexible electronics are some of them. In the continuation of this project we are looking to collect and map these repeated humps in the road of e-textile development.

The Attempts, Failures, Trials and Errors project meditates on the numerous aspects that art, design, and technology influence, seeking to offer instruments for cultural, social, and technical interventions, to encourage an innovation medium concerned with social and infrastructural aspects. 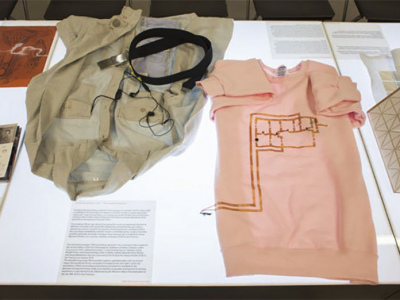 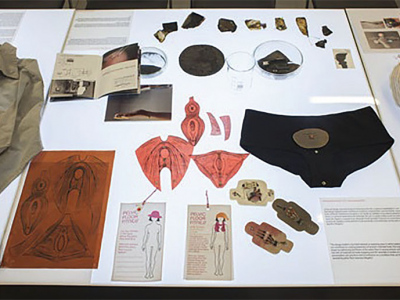