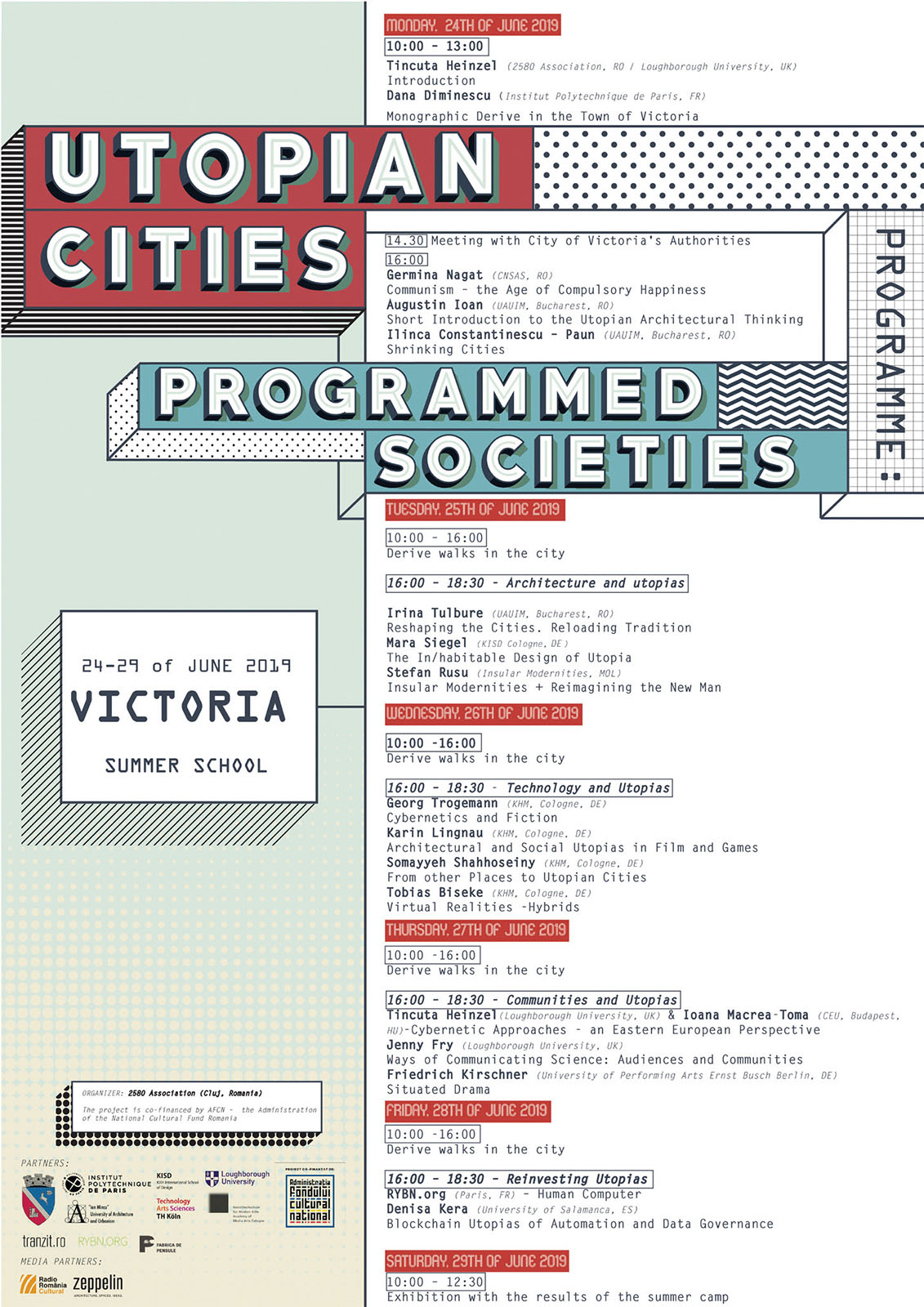 A multiannual project, “Utopic cities, programmed societies” aims to forge the art-design-science – technologies scene in Romania by taking the case of Victoria town in the Brasov region and the history of Romanian cybernetics as starting points for artistic and design interventions.

Bringing together key European institutional partners from art, design and technological education, the project proposes a platform of research which will consider both Eastern and Western European histories of science and technology in order to support critical interventions related to the mainstream technological discourses.

Often neglected in the science and technology studies (STS) research, the history and the concepts developed in the ex-socialist countries from Eastern Europe might prove of interest in the present globalized and digitalized world. Aiming to build and to develop a new form of social organization based on Marxist ideology, the socialist states have developed science and technological tools to help them design their environment and to plan their economies. Incited by the debates related to the “new man” and the “new societies”, architects, designers, economists and technicians (or in other words, the technocrats), were invited to reflect and to bring to reality the new societal models. Architecture, urbanism and cybernetics become soon important tools of reflection and modelization of society.

If the modernist architecture had opened the way to the definition of new habitat units (see Le Corbusier’s attempts in the 1920s and 1930s), cybernetics was seen as a scientific tool to ensure the mathematization of the theory of planning used by the socialist economies. There where the liberal doctrine had searched to create the image of an organic regularisation of economic processes through the balance between offer and demand (see, for example, Michael Polanyi’s writings on economy), the socialist states used cybernetics as a scientific tool of systemic design, management and regulation (see the Polish economist Oskar Lange’s writings). Some of the cybernetic principles are nowadays to be found in the over present discourses related to smart cities and artificial intelligence (Orit Halpern, ….).

Based on a situ investigations in the town Victoria and of its archives, as well on the researches on history of Romanian cybernetics (Odobeja, Manea Manescu, Mihai Botez, etc.), in the archives of socialist factories and informatics centres from Brasov, Bucharest and Cluj, and a documentation at OSA Archives Budapest, the project will bring together students and professionals from art, design, science and technologies studies. The results of these investigations will be presented in a series of events (exhibitions, workshops, conference) in Bucharest, Cluj and Oradea and will make the object of a publication.

By documenting, interpreting and artistically commenting the findings, the project aims to create the premises of digital technologies and to reflect to what changed in our economic models as to encourage the cybernetic interventions in nowadays liberal economies (and with what results). Moreover, the aim of the project is to re-evaluate architecture, design and technologies premises and their forms of intervention in solving societal problems or sketching sustainable (suitable, ethical,….) futures. 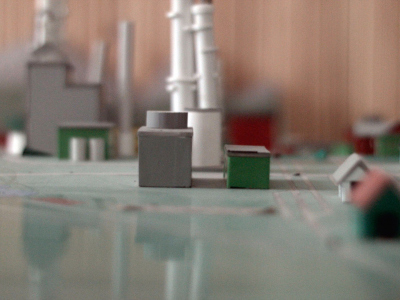 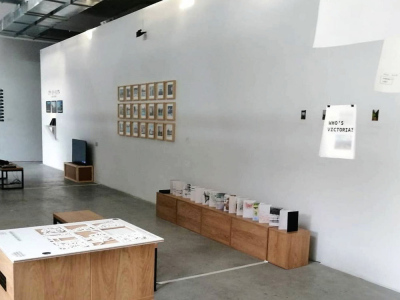