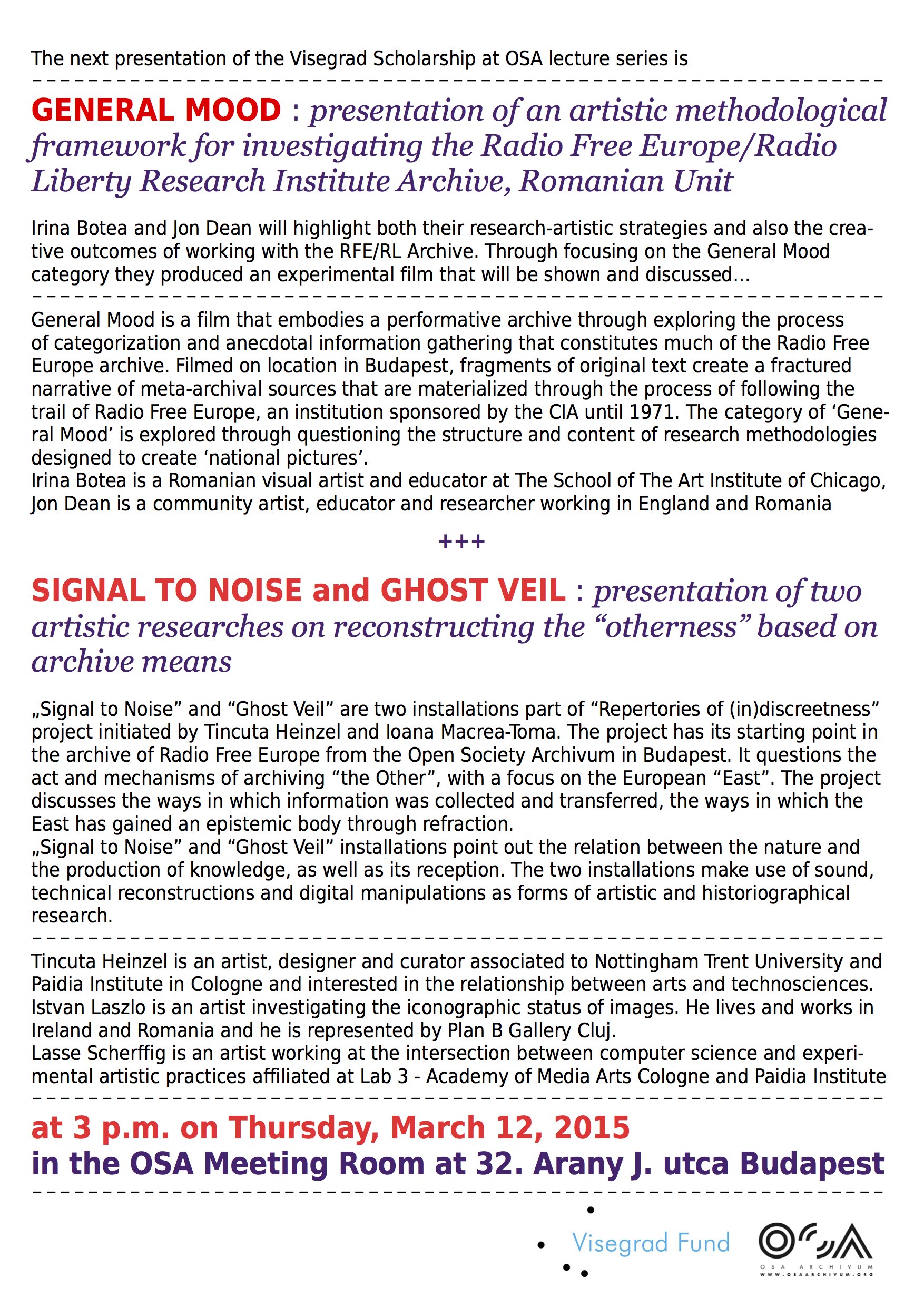 SIGNAL TO NOISE and GHOST VEIL : presentation of two artistic researches on reconstructing the “otherness” based on archive means

„Signal to Noise” and “Ghost Veil” are two installations part of “Repertories of (in)discreetness” project initiated by Tincuta Heinzel and Ioana Macrea-Toma. The project has its starting point in the archive of Radio Free Europe from the Open Society Archivum in Budapest. It questions the act and mechanisms of archiving “the Other”, with a focus on the European “East”. The project discusses the ways in which information was collected and transferred, the ways in which the East has gained an epistemic body through refraction.

„Signal to Noise” and “Ghost Veil” installations point out the relation between the nature and the production of knowledge, as well as its reception. The two installations make use of sound, technical reconstructions and digital manipulations as forms of artistic and historiographical research.

Tincuta Heinzel is an artist, designer and curator associated to Nottingham Trent University and Paidia Institute in Cologne and interested in the relationship between arts and technosciences.

Istvan Laszlo is an artist investigating the iconographic status of images. He lives and works in Ireland and Romania and he is represented by Plan B Gallery Cluj.

Ioana Macrea-Toma is a research fellow at OSA Archives Budapest interested in archives and knowledge systems, as well as on Cold War fantasies.

Lasse Scherffig is an artist working at the intersection between computer science and experimental artistic practices affiliated at Lab 3 – Academy of Media Arts Cologne and Paidia Institute Cologne.